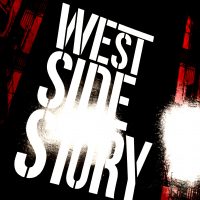 There are many enjoyable aspects of writing theater reviews. One is forming overly long descriptive title credit sentences such as it was my genuine pleasure last night to experience The 5thAvenue Theatre in association with Spectrum Dance Theater present a captivating expression of West Side Story that highlighted the thriving dance and theater expressions that permeate the city of Seattle. Take breath. Did I cover all my bases? Probably not. Anyway, I had another enjoyable night at the 5th.

After experiencing several seasons at The 5thAvenue Theatre, I have come to most enjoy new theatrical works and new presentations of American musical classics. I’m in my mid 40s (although I could say late 40s, but that would make people round up and then I’ve just aged into a decade I’m not yet prepared for) and like many people my age, we were introduced to most classic musicals through television. I am too young to have seen them in the theater and too old to have first viewed them on video or DVD or through some sort of streaming service. Instead, I stumbled upon most American musical gems while switching between the seven television channel options available, four of which had the possibility of engaging content. Or my parents, usually my mother, sat me down to watch a favorite musical movie that she was sure I would love. Since there were no competing smartphone related entertainment options in my childhood (oh boy am I sounding old), I sat down with my mother and siblings and watched Singin’ in the Rain, The Music Man or West Side Story for the first time…and then again and again as I grew older.

If we were lucky, the show was broadcasted on our local public television station and we only had to endure a few pledge breaks. However, the movie was often on commercial television and I frequently was not allowed to stay up for the time it took to run the movie with its accompanying commercial allotment. School was in the morning and bedtime was flexible but still fixed long before the 11 pm ending time of most televised evening movies. Consequently, as a young child I frequently did not see the end to many beloved movie classics. This left movies extremely unresolved in my childhood memory. I don’t think I saw the end of the Sound of Music until I was an adult. As a child, I was not certain that the von Trapp family had actually escaped Nazi Germany. I was not allowed to watch the end of Dumbo, often having to go to sleep right after Dumbo’s mom is locked in a cage for deranged elephants. I love my parents, but I feel this legalistic bedtime regiment may have been somewhat misguided. Regardless, I did eventually make it to the end of most movies and most musical classics. Classics such as West Side Story.

My mother is music personified. Her persona is a joyful song. She would often wake us up in the morning with the familiar and frequently annoying refrain, “Good morning, good morning, it’s time to rise and shine, good morning, good morning, to you.” She brought Gene Kelley, Donald O’Connor and Debbie Reynolds into our bedroom on many dreary, rainy northwest mornings. I can’t say I always greeted her serenading with a smile.

Mom loves music and she did her best to introduce us to the musical arts. This included piano lessons, violin lessons and of the few albums we actually owned, one of them was West Side Story. As I didn’t have access to endless musical streaming options, I frequently played West Side Story and danced around the house with my best “I feel pretty” movements, often changing the lyrics to less appropriate renditions. I loved Leonard Bernstein and Stephen Sondheim’s collaboration and couldn’t help but be enthralled by the sweeping romanticism of “Maria” and the other powerful ballads that make West Side Story an iconic musical. And if I’m honest, when I thought of bold, brave, beautiful, powerful, heartbroken Maria, I often thought of my mother. She was and is still my hero. It helped that both the movie Maria (Natalie Wood) and my mother had dark black hair. Yes, I’m aware that my mother is not Puerto Rican and neither was Natalie Wood and that is a rather troubling aspect of the casting in the movie, the fact that Maria made me think of my very non-Puerto Rican mother. However, I can at least say the music is transcendent and I was a little boy who loved his mother dearly. So I loved the things she loved, such as West Side Story. These are the emotional memories I brought into The 5thAvenue Theatre as I settled in to experience West Side Story.

Since this production is a collaboration between the 5thAvenue Theatre and the Spectrum Dance Theater, the show’s powerful strengths and minor weaknesses flow from this partnership. In other words, the stage has some amazing dancers and some amazing singers partnering to produce a night of vividly engaging, highly energetic, visually entrancing, overtly romantic dancing and singing that is sure to win over anyone who has ever had a positive memory of any version of West Side Story. The minor weakness of the night is that some of the most powerful dancers do not have as strong of voices as individuals just trained for musical theater. To be clear, their voices are still lovely, they just lack some of the richness that might be present in a musical with less rhythmically mobile performers. However, this small weakness is made up for by William Branner (Tony), Rebbekah Vega-Romero (Maria) and Danielle Marie Gonzalez’s (Anita) powerful vocal performances that carry the bulk of the score’s most memorable tunes.

At the moment I heard Branner’s voice, I settled completely into the musical. His enlivening performance of the love ballad “Maria” helped me hear the tune in a new, yet satisfyingly old way, complete with a wonderfully familiar echo. However, the heartfelt yearning and youthful exuberance he portrayed through his repeated “Maria” intonations allowed the audience to fully embrace the possibility of love at first sight, first kiss, first night. Branner also did an impressive amount of ladder climbing throughout the show that at times made me somewhat concerned for his safety. I assume he does not have a fear of heights or a fear of rapidly climbing multiple ladders while performing complex duets.

Rebbekah Vega-Romero’s part was probably the most enjoyable for me, as she presented Maria as innocent, enthralled and captivated by the seemingly unescapable draw of romantic love, but still able to understand the complex, troubling realities of living in a culture that openly codified its prejudices. Her character has enough depth to make her emotional arch believable and powerful by the climactic scene. And her voice….yes, her literally booming-from-the-rafters voice, honors and celebrates everything that is best about West Side Story’s powerful score.

In the construct of West Side Story, Maria and Tony are the anchoring voices for the dance that swirls around them. And then there is Anita, played by Danielle Marie Gonzalez, who is truly a dancing, singing and acting powerhouse. She chews up every single moment she is on the stage, to such an extent that I had to remember to pay attention to the other dancers. There were several times I teared up during the musical. These were mostly romantic moments, as I held my wife’s hand. However, a troubling confrontation between Gonzalez’s character Anita and a room full of hostile men made me tear up for a completely different reason. Gonzalez did a powerful job of making the somewhat implausible actions of her character seem believable and heart-wrenching. Sometimes the best acting is seen in an actor’s ability to make an unbelievable action seem plausible or even logical.

I apologize that I am not going to spend this review highlighting all of the performers and I honestly feel a bit bad even mentioning that some of the dancers’ voices were slightly less strong than individuals who were on stage primarily for their vocal prowess. However, I do want to state that I simply loved the gift of experiencing a night of vividly engaging, masterfully choreographed dancing. The dancing alone makes West Side Story worth the ticket. There were moments during the production that I feared the ensemble might crash into each other as they frantically leapt across the stage towards each other as if their bodies were weapons or words to be hurled at each other with both individualistic and uniform precision. The gym dance scene will stick in my head as long as I can hold such memories. And the “Gee, Officer Krupke” number was a true crowd pleaser, which says much since it is still a marvel to me that the original authors decided to place that number in the second act of the musical. The Officer Krupke song is probably one of the top five biggest emotionally incongruent songs in the history of the musical artform. However, it didn’t seem to matter much to anyone, as we just went right back into the drama and romantic trauma of the evening.

For me, the only other weaknesses of West Side Story are found within the musical itself, particularly in the gang language and interactions. As a boy, songs like “Cool” with the accompanying ballet toughness were just a bit too incongruent for me. I could understand the value of the dancing, but I certainly didn’t feel more connected to street life in the process. Regardless, director Bill Berry does an excellent job of making the least believable words and actions of the original script palatable and possible. Frankly, even the most odd words or interactions are quickly overlooked when surrounded by just a tremendously joyous night of song and dance. And I am sorry to phrase a less than joyous plot with a joy descriptor, but I have to be honest about how good I felt watching the production. There is simply too much good stuff in this production not to feel glad you saw it, even if the world it portrays is less than sing song happy.

I thank my mother for giving me a love of musicals, for letting me stay up to watch her favorite song and dance movies; at least the first half of those movies. Last night I had the privilege of being reminded of some really wonderful memories, while making really wonderful new memories at the same time. Live theater has the power to do something this magical, to reimagine our past in the vibrant present. What a joy to hear “Maria, Maria” echoing anew.

The Power of Persevering Service
American vs Biblical Christianity