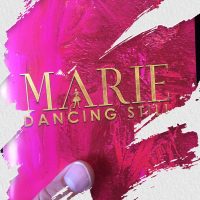 Well, due to a prior engagement, I missed the opening night performance of Marie Dancing Still. Fortunately, Marie Dancing Still was still dancing still last night, which gave my wife and I the wonderful opportunity to see the most amazing dance sequence we have ever seen at Seattle’s 5thAvenue Theatre or really on any stage. If that seems like hyperbole, then you most likely still haven’t seen Marie Dancing Stillor you just don’t enjoy any expression of bodies in motion.

I have a limited amount of words I’d like to expend for this review and I feel a large portion of them should be geared towards the final ensemble dance scene of this new musical that finally gave true meaning to the word “enraptured” and the possible fullness of its usage.

Sure, I enjoy dance. And yes, I’ve seen many productions of musical theater that have enrapturing elements. However, I have never caught myself so fully engaged in a musical number as I was last night while watching Tiler Peck (Young Marie van Goethem) encompass a stage, sorrowfully swaying, gliding, soaring and tip toeing with and through a profoundly proficient supporting cast.

In this climactic dance number, I found myself fully within the work, not wanting the song, the dance or the message to end. It was one of those transcendent moments that only live theater can offer, when the heart and the motivation of the creators of the work come alive in the room. I know these words might sound foolish to some, but this world has been laying heavy on my soul lately. Last night, I found a moment of needed refreshing.

Marie Dancing Still is more than one powerful moment. This musical is an enchanting expression of some lovely new music, an engaging story, well sung songs and memorable dancing. The set design is interesting (Beowulf Boritt), seamless and engaging to the eyes throughout the first and second acts. The lighting (Ken Billington) and projection (59 Productions) elements work in tandem with the movement of the set and actors to heighten the emotional weight of the entire evening. There is a lovely bit of shadow work deserving of high praise.

The story is strong, although I am hesitant to believe the motivations portrayed on the stage were the same as their historical counterparts. Maire Dancing Stillproports to give us a glimpse at the relationship between Edgar Degas (Terrence Mann) and Marie van Goethem, who is mostly danced by Tiler Peck as a young woman and sung by Louise Pitre as an older woman. The relationship between these two leads to the creation of a renowned inspiring work of art. What actually happened between the two in real life is a bit murky. Regardless, their relationship is being turned into another work of art in the form of a modern musical.

Terrance Mann’s portrayal of Degas is just enough cranky but adorable curmudgeon to be sympathetic and engaging. His voice is strong and commanding. Louise Pitre is Marie as an older woman who narrates the story for us with her warm, soothing voice. She is the perfect voice to carry the story forward. Dee Hoty gives depth to the story and makes Degas seem a tiny bit less misogynistic by aptly playing the artist Mary Cassatt. And Karen Ziemba, playing Martine, Marie’s mom, has the best song in the show with the incredibly catchy and well thought out “Laundry.” The ensemble cast is strong and developed enough that by the end of the show the audience can distinguish differentiations in their personalities as they dance together in the final ensemble piece. Oh, I almost forgot, Jenny Powers as Antoinette van Goethemlives up to her last name. She can belt out the high notes. Wow! This is a worthy cast for a worthy production.

I assume Marie Dancing Stillis being presented at the 5thwith the hopes of possibly migrating the show to Broadway. With this in mind, I would offer the following critiques. First, the love interest is the weakest aspect of the show. I didn’t really connect with why Marie wanted to be with the poor violinist Christian(Kyle Harris), except for the fact that he was rather buff for a violinist. However, kudos to Mr. Harris for excellent fake violin playing. Nothing takes me out of a musical like fake violin playing (I’ve almost walked out of a few Fiddler on the Roof productions).

A second weakness of the musical is the title. Yes, the title makes perfect sense once you’ve seen the show. However, before you’ve seen the show you forget the title. It is a profoundly unremarkable, easy to forget title. Someone once told me to never open a business with a pun in the name. I think this might mostly hold true for musicals unless you are Eric Idle and the other exceptions people are sure to point out. I know the show is about Marie, but it is also about Degas and the title might be too blind to his existence in the plot. However, I also get the title. We don’t need more white guy admiration. The whole point of the musical is to highlight an unknown young woman whose partnership with Degas has inspired multitudes.

Regardless of these minor critiques, Lynn Ahrens (Book and Lyrics), Stephen Flaherty (Music), and Susan Stroman (Director and Choreography) should be incredibly proud of their amazing artistic achievement. I personally would like to thank them for a moment of beauty as I experienced a musical with a transcendence dance number that I will remember the rest of my life.

2 Responses to Marie Dancing Still: A Review of the 5th Avenue Theatre’s Production