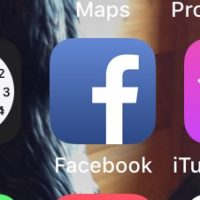 In an April 1st surprise, Facebook CEO and chairman Mark Zuckerberg announced today that his company will be launching a new social media platform geared towards elementary students and preschoolers, called Facebook Junior. Zuckerberg mentioned in today’s press conference that Facebook is trying to address the decline they have seen in high school and college users by reaching customers at an earlier age. Zuckerberg said that “Creating an elementary and preschool customer base will indoctrinate students into a Facebook way of living that will make them more willing to use Facebook as they grow older.”

Facebook Junior will be similar to Facebook, but will also have many age appropriate features. Instead of “friends” they will have “play pals” and instead of being able to “like” or “favorite” posts, kids will “hug, giggle, rainbow sticker, smiley puppy or frowny kitty” posts. For kids who cannot write, they will be able to post kid friendly memes and gifs or they will be able to upload their own colorful pictures or drawings from an easy to use integrated app. Zuckerberg excitedly exclaimed, “Even the youngest child will be able to connect with his or her play pal.”

Addressing safety concerns, Zuckerberg stated that Facebook Junior will not allow children to sign up without their parents’ or grandparents’ approval. Zuckerberg also mentioned that advertising will be age appropriate, “We are not going to take all the information we collect on these children and use it to direct them in ways that are harmful to their development. The last thing we want to do is to corrupt such a valuable asset.”

Zuckerberg ended the press conference stating Facebook Junior will most likely launch at the beginning of summer, “Right when the kids have just gotten out of school and are restless for something to do.”

The Breath of God
Our Terrible Christian Witness