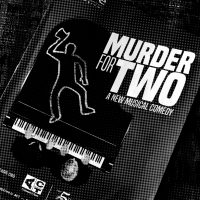 Don’t let the rather mundane and boring title fool you, Murder for Two is an innovative, consistently creative, hilarious musical comedy farce. This 5th Avenue Theatre/ACT–A Contemporary Theatre co-production is the Pacific Northwest premiere of what happens when just two gifted actors and one well-tuned grand piano embody the interrogation of a room full of unstable murder suspects and the occasional wayward boys choir.

There are only two actors in Murder for Two, which is the only reason I can find for why they picked such a boring name for such an energetic show. Maybe they tried to make the actor totals clear in the show title to warn ensemble cast aficionados; which would be a shame, because this two man, one piano show is one of the funniest ensemble musicals I’ve seen in recent years. Chris DiStefano plays Marcus Moscowicz, an ambitious police officer aspiring to become a real detective. Rich Gray plays, or should I say, channels, almost everyone else. This includes Dahlia Whitney (the victim’s eccentric tea pushing widow); Murray and Barb Flandon (an amalgamation of The Lockhorns, the Honeymooners and Gracie and Allen); Steph Whitney (an aspiring sleuth with attachment issues); Barrette Lewis (a ballerina whose dancing seems to be a distraction from what men appreciate about her); Dr. Griff (if Spongebob ever sought prolonged psychiatric care this would be his guy and possible bubble blowing friend); and various members of the 12 member boys choir (it appeared to me that Yonkers was the most distracted of the boys and probably up past his bedtime). Man, to think I thought this review would be easy with fewer cast members!

Murder for Two works on many levels. I want to praise the musical by pointing out what could have gone terribly wrong.

It Didn’t Drag. Farces can drag or have big lulls because it is hard to keep comedic energy running throughout an entire show. In a romantic comedy, a musical can switch from funny, to charming, to endearing, to humorous, to big dance number, to many diverse emotional expressions. In a comedic farce, you pretty much just have ridiculous and funny. If you don’t pull that off correctly, the audience gets tired or bored. Murder for Two recognizes the importance of comedic pacing within a musical. The show is not constant absurdity. In fact, there is a lighthearted, touching pseudo-romance that works as a plot device and as a way to reset the comedy energy of the room. If every song is ridiculous, you just go into a sort of ridiculous numbness. To avoid this lull from happening, the creators mix the absurd with the somewhat plausible, interspersing the sweet with the delightfully surreal.

Farces, and especially who-dun-it farces, can also drag because they often lack recognizable plot development. Farces are usually not about developing a plot arc, but about deepening the arc of absurdity in the room. The story is less about figuring out who carried out the murder and more about excitingly anticipating how ridiculous the story is going to get before the murderer is finally revealed. In other words, Murder for Two is all about the journey and not about the destination. We don’t really care who-dun-it, we are just enjoying the calamity that is ensuing because it was done. Murder for Two keeps the audience engaged and interested at every turn. They take you along for a ride and you are willing to follow wherever it leads, because the journey is simply fun.

The One Guy Didn’t Distract from The Other Guy. Chris DiStefano and Richard Gray are an amazing ensemble cast. Although playing unique roles, they match each other in skill and charisma. With Gray playing such an extreme cast of characters, DiSefano’s role could have fallen flat or seemed unbalanced. Instead, both actors perfectly complimented each other’s performances. With so many different character changes and such absurd premises, DiStefano and Gray maintained a connected energy that brought the individual parts into an integrated, enjoyable, complete story. They are truly gifted actors who understand and appreciate their roles within the bigger picture.

It Wasn’t Just Two Guys Singing Next to a Piano. Before seeing the show, I was a little worried that Murder for Two would feel like watching two guys do improv in a piano bar. I don’t know why this was my fear, as I’ve never been to a piano bar or watched piano bar improv. As I write out my fears, I’m beginning to think piano bar improv might not be an actual thing. Anyway, the use of the piano in Murder for Two makes it a must see musical. The piano is so thoughtfully integrated into the production that I felt it should have received equal billing or at least taken a bow. Chris DiStefano and Richard Gray are not just amazing actors, they are accomplished piano players who effortlessly play and sing their way through the show in a way that never feels like just two guys singing songs by a piano. Instead, they dance around the keys in a way that brings the music, the characters and the heart of the show to life. The central story telling role of the piano never feels gimmicky, but rather essential, fresh and often inspiring.

The Music Wasn’t Bad. It was great! Joe Kinosian (Book and Music) and Kellen Blair (Book and Lyrics) are gifted comedic songwriters. Murder for Two is truly both song and plot driven. There are no placeholder tunes or dirges that wane on too long. Instead, I enjoyed each number and eagerly anticipated the comedic tune that would accompany each murder suspect. The comedy was easy to hear within the melody and delightful to see as Richard Gray attempted on several occasions to carry on a duet within himself. To understand what that means, you simply have to see the show.

So I Don’t Like the Title, But I Love the Show. As I often mention to friends and family, Seattle has a robust theater community with many superb productions. I’m often amazed that our local news and newspapers do not give more space to what’s happening in Seattle theater. Regardless, while watching Murder for Two I was once again reminded of the magic and promise of live theater. Seeing two gifted men, at the top of their professions, demonstrating the joy of their craft and the fruit of years of piano lessons, I thought about how important theater is to the wellbeing of society. We need art, we need laughter and we need to encourage anyone who is pursuing a journey that creates and performs beautiful, strange or even farcical things. In fact, if you have a teen who is currently trudging through piano lessons, maybe take him or her to Murder for Two. The show might just spark them to continue on the path of creativity. 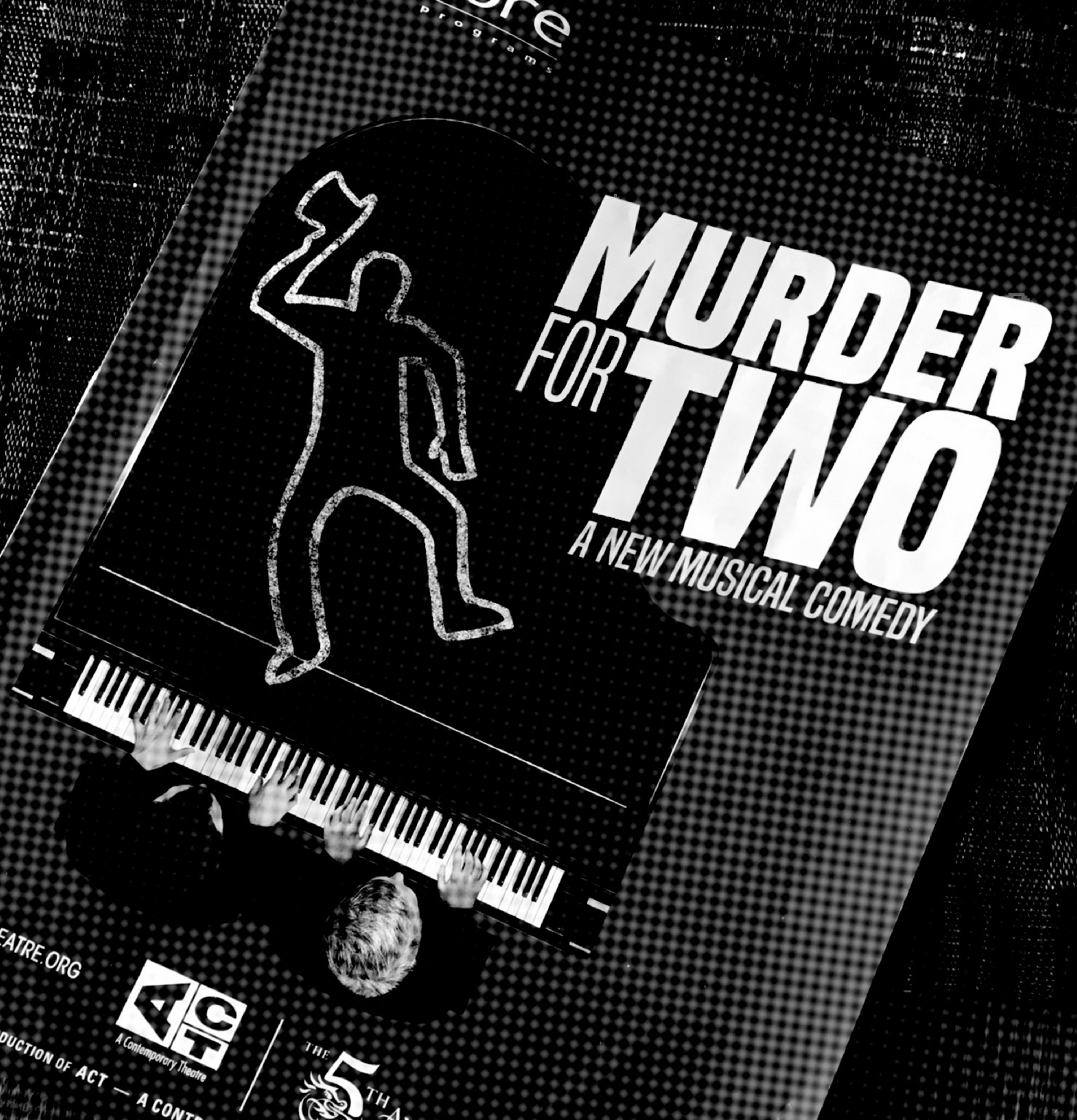