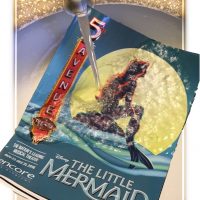 By on December 2, 2016 in Art, Culture, Review, Uncategorized

When I first heard The 5th Avenue Theatre was mounting a production of Disney’s The Little Mermaid, I prepared myself to write a somewhat cynical and sarcastic review lamenting the Disneyfication of musical theater. However, after watching The Little Mermaid’s opening night preview, I am reluctantly unable to do much more than just praise the entire magical production. Simply put, The 5th Avenue Theatre’s re-visioned production of The Little Mermaid is an extremely enjoyable, visually stimulating delight. If you loved the movie, you’ll love the musical. If you don’t much remember the movie, but enjoy fairytales set to song, dance and acrobatic aerial swimming, you should try to grab a ticket before The Little Mermaid swims away.

Highlights of the show include great singing, choreography, costumes, lighting and amazing underwater flying sequences. Of all the shows I’ve seen at The 5th Avenue Theatre, this is by far the most laden with show stopping, crowd pleasing, story appropriate special effects. Never have I had so much fun watching a prince almost drown, only to be rescued by a hormonal mermaid with daddy issues. Sure, the second act of the show has some story weaknesses, but those can be overlooked in light of the satisfying performances and musical payoffs. It was a stretch for me to believe the young prince Eric (Matthew Kacergis) could equally love the freedom of expression through dance as much as he loved the freedom of the open seas, but I was willing to overlook that plot incongruity because of his smooth and enchanting voice.

Diana Huey made Ariel thoroughly her own and truly wowed the audience with her ability to sing while swinging from the rafters. I know Peter Pan has been known to sing while flying, but I assume it must be even harder under the sea. Speaking of under the sea, Melvin Abston took on the role of Sebastian the crab by maintaining the crustacean’s clear Jamaican accent but giving Sebastian a three dimensional, more cool, less neurotic feel with several funny ways of shuffling on and off the stage.

Jennifer Allen’s portrayal of Ursula, the perpetually larger than life, tentacled sea witch gave us just enough selfish bad girl insight and wickedness backstory that we were able to both root for her vocal solos and celebrate her plot misfortunes. Each member of the production was well cast. Steve Blanchard as King Triton was grandiose enough, Connor Russell as Flounder was insecure enough, Jamie Tortellini as the Seabird Scuttle was absurd enough, Allen Fitzpatrick as Grimsby was Grimsby enough and Brandon Roach as Flotsam and Frederick Hagreen as Jetsam were simply electric (eels). The entire vocally capable cast made The Little Mermaid an excellent musical night of theater.

So I’ll just have to shelve the sarcastic, cynical Disney theater rant for when Frozen The Musical hits town. Until then, I’d recommend The 5th Avenue Theatre’s production of Disney’s The Little Mermaid to anyone who wants to enjoy a magical night of theater, full of catchy songs and enchanted fairytale theater magic. 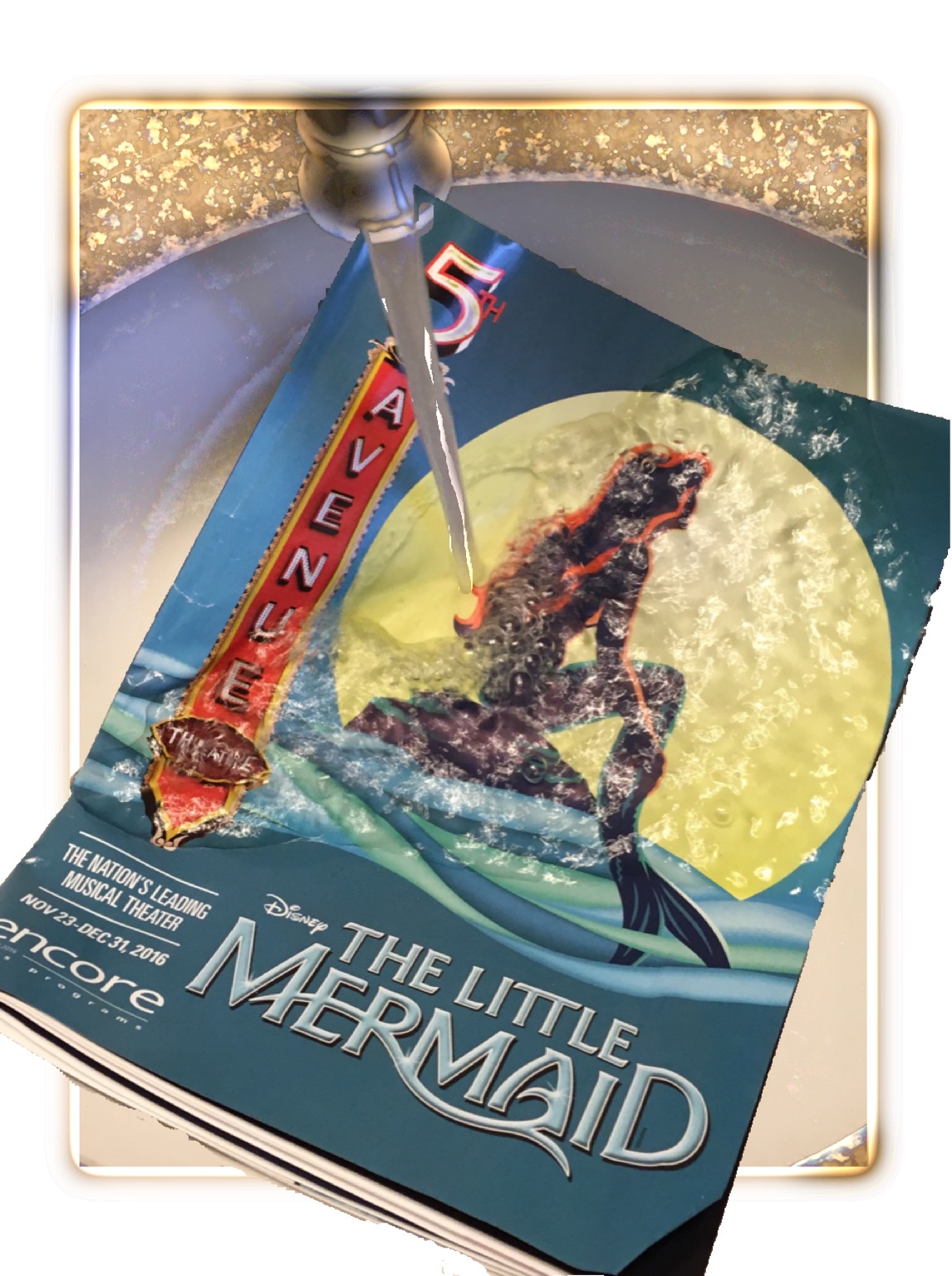 Where My Art Comes From
Lin-Manuel Miranda’s Mixtape: A Confluence of Genius