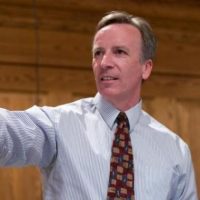 By on April 13, 2016 in Culture, Faith, Spiritual Formation, Uncategorized

This is the second part of a conversation Tim Fall and I are having about social media. We asked each other some important questions about social media and responded without looking at each other’s answers. We found that we have a bit in common. Anyway, You can read the first post at Tim’s blog by clicking here. Today, we talk about mistakes in social media and suggestions for doing things better.

What are some relational social media mistakes you’ve made and what have you learned from your mistakes?

Tim: If I had a nickel for every time I’ve made a mistake on social media, I’d have several pockets-full of nickels. The glaring ones are when I enter conversations I should have never joined in the first place. Sometimes it’s a matter of not understanding what people are really discussing, so my input just doesn’t match up with the topic at hand. I either come across as an idiot or thoughtless clod, neither of which are good for me or the other people. Other times it’s when someone responds to something I’ve said in a way that either disagrees with me or misunderstands what I’ve said in the first place and disagrees with that. I don’t mind disagreement, but I have a hard time handling rancorous disagreement. These are times when I fail at being encouraging or coming alongside others. Sometimes it’s best for me to disengage entirely, and sometimes I realize that too late. On rare occasions, I respond as Peter taught:

But in your hearts revere Christ as Lord. Always be prepared to give an answer to everyone who asks you to give the reason for the hope that you have. But do this with gentleness and respect, keeping a clear conscience, so that those who speak maliciously against your good behavior in Christ may be ashamed of their slander. (1 Peter 3:15-16)

His advice is good for interacting with people whether they are fellow Christians or not. The hope that I have in Christ is worth talking about, and it’s worth talking about right with everyone. What is that right way? Being prepared to have conversations that are full of gentleness and respect and good behavior, at least on my part.

If it is possible, as far as it depends on you, live at peace with everyone. (Romans 12:18)

Sometimes, as far as it has depended on me, I have not lived at peace with everyone.

Doug: I have not made any social media mistakes! I’m sorry, that’s not true, I’ve just been watching so many presidential debates that I got carried away. I’ve made many mistakes; the biggest reoccurring mistake I’ve made has been to be defensive when I perceive I’m being misunderstood or challenged. Too often, when someone responds to me in a negative way, my first response is to try and prove that they are wrong and I am right. I’ve found that a better path is to first try my best to humanize the situation, to truly listen to the complaint or concern, to apologize when necessary (even for perceptions) and to look for ways to bless people, even if they are trolling me. This means I spend a lot less time trying to prove I’m right and a lot more time praying how to connect with the person who is interacting with me.

For example, I remember a woman once made a joke about how she was being treated unfairly by other men. I tried to sympathize with her, by joking with her. She immediately responded that my joke was offensive because it was easy for a man to joke about something he didn’t have to go through. I tried to explain how I was on her side and in complete agreement with what she said. However, when I defended myself I was accused of “mansplaining” instead of taking responsibility. I responded that I was being misunderstood, only to be told that I was acting like a typical defensive man. As I tried harder and harder to explain that I wasn’t the man she thought I was, I found myself being viewed in an ever worsening light. Finally, I stopped, prayed and tried to understand what was going on. The answer was pretty simple: apologize, Doug! You hurt her feelings, it is a real issue for her, apologize without any qualifiers. So that is what I did. I apologized completely for every action. It felt hard and awkward. One year later, that same woman was asking me for advice on how to deal with a conflict in her local church. Why? I don’t know, maybe because instead of trying to be right, we learned to be reconciling. If I had initially kept trying to prove how right I was, we most likely would never have spoken again.

What are some ways individuals can relate better through social media?

Doug: I know social media can get pretty toxic and some might be tempted to just abandon the whole thing and head offline. However, I would encourage the sensitive among us to hold your ground and keep contending for a better witness on every social media platform. Your voice of reason and your reconciling S/spirit is desperately needed in a contentious climate. I’d also encourage each of us to not lose sight of the bigger picture of existence. Any communication that dehumanizes humans is not worthy of the cross of Christ. Each of us can learn to find better ways to contend for truth while still loving every person as someone who is made in the image of God. We must avoid surrendering to the partisan spirit of our age that is more concerned with winning than reconciling, more concerned with proving a point than demonstrating the love of God. Every day, each of us can do something to tangibly demonstrate the truth and love of God in ways that bring about reconciliation or at least leave room for the possibility of reconciliation. We all must keep our hearts open to the possibility of using social media for a greater good. The kind of good that leads to friendships like the one I’ve had the privilege of developing with my buddy Tim Fall. I’ll let him have the last word…for now.

Tim: The first thing that comes to mind is that everyone on line is a real person. (Although I do wonder about the folks that keep sending me tweets, comments and emails on how to increase my SEO/search engine optimization, whatever that is.) Real people have real lives, real feelings, real problems, real hopes, and a real need for a Savior. These people are our on line neighbors.

Each of us should please our neighbors for their good, to build them up. (Romans 15:2)

I also try to remember the importance of taking time to listen. Too often social media is used as a platform for a message, whether the message is self-promotion, marketing, or even evangelism. If the purpose of using social media is to pursue an agenda, there won’t be any room left for individuals to relate to one another. That’s fine if there’s no desire to interact in the first place. But for people who actually want to be social on line, interaction requires listening as well as speaking.

Therefore encourage one another and build each other up, just as in fact you are doing. (Ephesians 5:11)

Even when blogging – where I am doing most of the talking – there should still be room to listen. And on Twitter, Facebook and similar media, the interactions have to be balanced or at least one person will end up frustrated, feeling like they haven’t been heard. I never want someone to walk away from an interaction feeling discouraged by something I said or did.

Do not let any unwholesome talk come out of your mouths, but only what is helpful for building others up according to their needs, that it may benefit those who listen. (Ephesians 4:29)

I want every social media contact I have be a blessing to others while honoring God in the interaction. 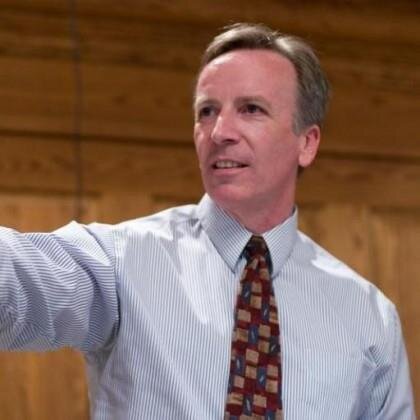 Tim Fall pointing in my direction. My direction not pictured.

Headline: Someone Has A Healthy Philosophy of Social Media
A Review of The 5th Avenue Theatre’s Lerner & Loewe’s Paint Your Wagon