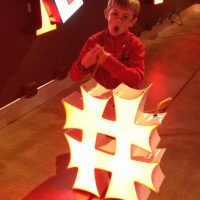 By on January 5, 2015 in Church, Culture, Uncategorized

My adolescence occurred before the internet age. Consequently, my first interactions with social media were unencumbered by the need for reliable wifi. Instead of Facebook, Twitter, Instagram, Snapchat or that other network we use to avoid our mothers, I had less accessible platforms for interaction, such as the bathroom stall wall of a public restroom. In my preteen years, I found the written communication of rest stop stalls to have the greatest content variety.

I remember taking extra time to survey the vulgar scrawl and graphic pictorials that peppered the walls of those less than sanitary interstate public watering holes. I was especially enamored by the minimalistic and aggressive communication. There was no time for preface or carefully chosen qualifiers. Instead, it was a wall full of all the things people say, draw and do when freed from social consequence. When it came to the literature of bathroom walls, there were no editors or gatekeepers; no arbiters of taste and civility; even the rulz of grammar and spelling did not apply. The only prerequisite for engagement in this community was transportation and a willingness to deface public property.

“Can you believe someone wrote ‘Jesus Saves’ on the wall. Who would do that?” Of all the things I’d read, this was the only thing I could communicate in the car without a fair amount of censoring and embarrassment. As far as Christian families go, we weren’t that legalistic, but I wasn’t about to strike up a conversation about how some people are able to turn almost any letter into the shape of a penis. “Why would someone do that? No one’s going to follow Jesus ‘cause you scratched his name on a wall. It doesn’t even make sense.”

I knew my parents would like this observation and I thought it was wise as well. For the next few minutes Dad or Mom gave their talk about how the world would be an awful place if everyone scratched “Jesus Saves” and other graffiti on public walls whenever they just felt like it. They said what each of us already knew to be true: the world has agreed upon boundaries, rules and expectations for the betterment of all. If everyone just said and did what they wanted, the world would be a terrible place. And then the internet was created.

The internet is ultimately the great big public bathroom wall of modern communication. A place where anybody can communicate whatever they want, whenever they want, without needing to gain permission or platform from those who once controlled the dissemination of information. There are still some laws that prohibit certain forms of communication, but for the most part, if you think it, you can express it on the internet. The internet has democratized human expression, allowing the marginalized, powerless, and crazies to communicate to the world their truth, rants and penis pictures.

In the world of “Jesus Saves” religion, the internet has given voice to a diversity of new or previously marginalized religious opinions and expressions. As new Christian internet voices have gained audience and influence, they have also fostered a new form of Christian communication that increasingly bypasses traditional church and denominational power structures.

Before the internet, churches, denominations and Christian leaders were able to greatly control and direct discussions of theology and orthodoxy. If an individual desired to reform a local church body or a denominational gathering, they had to find a way to gain access to the platforms, pulpits and power structures of those institutions. Even if they wrote treatises or books demanding reform, they were still limited by the constraints of the publishing industry and their inability to easily disseminate written information to large groups of people without having access to the existing religious power structure. Consequently, popes, priests, pastors and denominationally certified theologians had great influence in forming and reforming church practices.

In the internet age, there has been a distinct shift in how and where individuals receive information. Where previous generations of Christians sought spiritual counsel through the local church, local church leaders, denominational edicts and recommended religious texts, the internet Christian finds meaning through Google searches, Facebook shares, retweets and celebrity Christian bloggers. Although the local church and pastorate still influence the religious experience of believers, this influence is being tempered or even usurped by internet voices of authority.

Donald Miller is one example of this new category of individuals with internet religious authority that bypasses traditional church communication structures. Although Donald Miller rose to prominence as the author of books such as Blue Like Jazz: Nonreligious Thoughts on Christian Spirituality, he has been able to build a spiritual platform that goes far beyond the books he has authored. With over 200,000 Twitter followers, over 100,000 Facebook likes and several websites to promote his various conferences, books and ministry endeavors, Donald Miller has been able to create an internet presence that is not dependent upon the traditional church or denominational structures.

In fact, Miller has not only bypassed historical church structures, he has also actively communicated his own indifference to those structures. Earlier this year, Miller wrote a couple of pieces explaining why he did not find church attendance to be of much value. In defending his position, he wrote the following words about a growing sect of individuals unencumbered by the need for the local church:

“I’d say half of the most impactful people I know, who love Jesus and tear up at the mention of His name, who reach out to the poor and lonely and are fundamentally sound in their theology, who create institutions that feed hundreds of thousands, do not attend a traditional church service. Many of them even speak at churches, but they have no home church and don’t long for one.”

In this statement, Donald Miller is pointing to the new reality made possible by the internet age. Through internet communication, Christians are able to communicate their truth without having to go through traditional church structures. No longer does an individual need the certification of a denomination or the relational accountability of abiding in a local church. Instead, they simply need an internet platform, along with engaging content.

Although there have always been church outsiders who’ve influenced church dialogue, the internet age has opened the door to an increasing number of celebrity bloggers and Christian social media experts who can speak to or on behalf of the church without having to abide within the churches or community of believers they are leading.

As online influencers gain greater authority to steer the dialogue and shape the practices and beliefs of the church, they open themselves up to some of the same accusations that have plagued traditional church leadership. For example, pastors are often criticized for their exalted status within the congregations they lead. Some critics point out that many church settings embrace an unhealthy separation between the pastorate and the congregation. They criticize church leaders for facilitating an environment that gathers individuals through systems, structures and rituals, rather than through relational connection. In many cases, pastors are accused of being distant, unapproachable and disconnected from the congregations they serve.

There are numerous Christian internet voices who have actively decried the separation that exists between pastors and parishioners within the local church. They have even highlighted this divide as one of the primary reasons they no longer participate in traditional church gatherings. Ironically, these critics of the divided church are participating in a form of separation that is similar to their traditional church counterparts.

Christian bloggers and social media influencers are able to communicate to the masses without having to abide with the masses. Except for the limited possibility of a brief social media interaction or comment section engagement, these internet leaders can separate themselves from truly interacting with the people they are leading. In some cases, individuals are not able to physically meet with their internet leaders unless they pay a conference or workshop fee. This divide has fostered an environment where internet religious leaders are able to give advice to individuals without having to pastor the consequences of following that advice. In other words, there is a wall of separation between Christian internet leaders and their internet congregations.

The internet has given greater access to marginalized, undervalued and unheard voices. It has allowed individuals to circumvent existing power structures. It has created greater opportunity for individuals to disseminate their ideas, values and stories. Within Christian communities, this has led to a far more diverse expression of theology and religious practice. It has also led to a shift in the power structure of the church, where influential internet voices are increasingly leading the church without having to be accountable to local church or denominational power structures.

In other words, anyone can write “Jesus Saves” on the great big bathroom wall of the internet. They can communicate this truth without permission or even much relational accountability. All they need is a thought and an internet connection. To change the course of Christianity, page views, retweets and shares ultimately trump the authority of even the most venerable or hallowed religious institutions, leaders and church structures. 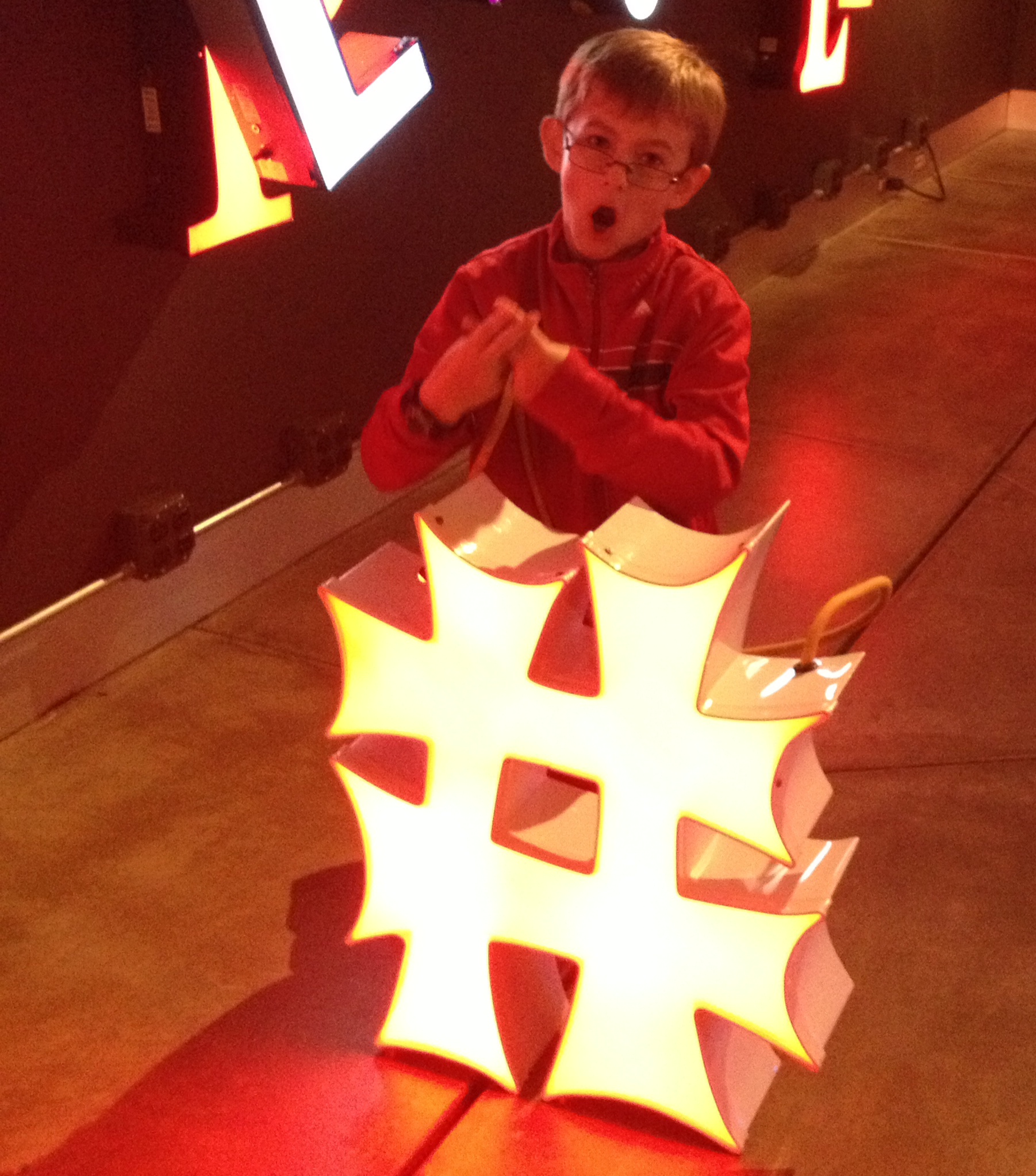