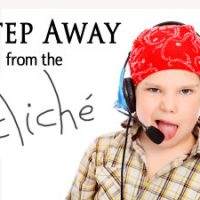 By on August 11, 2014 in Church, Guest Blog, Spiritual Formation, Uncategorized

This is a great post from my friend Steve Crosby. Steve has written and spoken extensively on issues of church leadership and abuse. The following deals with the false dichotomy some make between being and doing.

Being Versus Doing: Step Away From the Cliché
by Steve Crosby

Clichés lodge in our minds for a reason: they’re catchy, memorable. However, they’re frequently only capable of capturing a partial truth . . . or maybe no truth at all. A preacherism cliché that is often heard in teachings and especially among “de-churched” folks goes something like this: “I am a human being, not a human doing.” I know what that statement is trying to reach: we are more to, and for, God than what we can produce. I understand how a nagging sense of inadequacy before God can be paralyzing. However, in Christ’s kingdom, being and doing are not in competition with each other and being is not superior to doing. They are incomplete without each other.

If “over-doing” in the kingdom from a lack of identity awareness is a problem that results in striving and performance-based religion, “over-being” has an equally deleterious and opposite downside risk: pietistic passivity–”do-nothing-ism”–a disengagement from mission and action that is somehow, supposedly, representative of a “deeper” spirituality. It isn’t.

Neither extreme need be, and religious “over-doing” is not fixed with over-being! It’s fixed with rest and identity in Christ. There is no dichotomy of being versus doing for believers as if they are adversarial. They’re just opposite sides of the same coin: an integrated unity.

Creatures in nature are not conflicted in their “doing”: birds fly, fish swim, horses run, etc. Their doing is the overflow of their essence, state of being. They do not greet the dawn conflicted in what they will be “doing” during the day. They simply act consistently with the nature and identity they’ve been given by the Creator. In so-doing, there is an observable beauty and harmony in creatures functioning consistently with their identity: a bald eagle soaring, an Arabian thoroughbred running, a porpoise gliding–they all inspire awe and wonder to the observer.

It should be the same for you and I in Christ! We are supposed to beautify this world and give glory to the Creator. The world so frequently sees “dis-integrated” being and dysfunctional doing from those who profess Christ. Is there any wonder there is such conflict and warfare over our identity?

All of creation reflects God who is not conflicted in His being versus doing. He is perfectly integrated being/doing. There is no dis-integration in His person or His actions. They are one and the same (John 14:8-14).

God doesn’t have the issue, the lower creation doesn’t have an issue, but humanity does. Humans are the only ones with an issue because sin has alienated us from God, ourselves, the creation, and each other. Sin is constitutionally defined as “relational alienation,” which results in “missing the mark.” Missing the mark is the fruit of being relationally alienated. Sin is a much deeper matter than the common definition of missing the mark.

Being in Christ has supposedly fixed that alienation for believers!

Having our soul (psyche, inner being, heart) being made whole is the second thing we are supposed to experience as the result of belonging to Christ! (Ia. 61: 1. Preach the gospel to the poor; 2. Heal the broken hearted, KJV heart=inner being.). Understanding this should be one of the first stones in the foundation of our faith! Identity reintegration should be one of the earliest manifestations of gospel power that a human being experiences in Christ! That it often isn’t, is tragic! That we are often introduced to the mechanics of doing church instead of being restored to our original identity in Christ, is tragic!

Awakening to who we are in Him, does away with the alleged being versus doing tension. What I do is simply the overflow of who I am (being/essence). I experience the rest that I am promised in Him, and the world is blessed and beautified by who I am functioning consistently with my new nature. The creation that Paul says is “standing on tip-toes in agony” (Rom 8:19) trying to see this beauty, actually gets to not only see it, but to be the beneficiary of it, as I fulfill the priesthood mandate of being a living sacrifice for the world!

For believers, being versus doing is a false and unnecessary dichotomy, itself a form of bondage that Christ has come to free us from. Step away from the cliché.

-Steve Crosby is an author and former pastor. He lives and ministers in a community of believers in the greater Charlotte, NC area. His materials are available at www.stevecrosby.com and you can read his blog at www.swordofthekingdom.com.

Copyright 2014, Dr. Stephen R. Crosby, www.stevecrosby.org. Permission is granted to copy, forward, or distribute this article for non-commercial use only, as long as this copyright byline, in totality, is maintained in all duplications, copies, and link references. For reprint permission for any commercial use, in any form of media, please contact stephrcrosby@gmail.com. 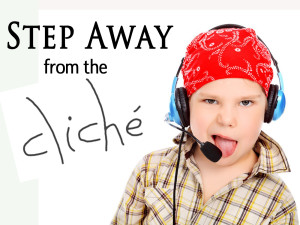 Being versus Doing, Steve Crosby

The Letdown: Why Do I Feel Bad at the End of Good Days
My Best Thoughts on Reforming the Church