There is one main reason to see the Roundabout Theatre Company’s touring production of Anything Goes at the 5th Avenue Theatre. That reason is Rachel York. If you don’t get a kick out of Rachel York’s voice, then you most likely don’t enjoy singing. The moment York began singing, I realized I would be in for an enjoyable night. Her voice is powerful and smooth with a delightful rounded tone. Listening to her reminded me of my love for Nat King Cole. Similarly to Cole, York could sing just about anything and make it sound beautiful.

Along with her gorgeous singing voice, York’s charismatic portrayal of night club “evangelist” Reno Sweeney eats up every scene. To be honest, one searches every scene of Cole Porter’s musical hoping to get a glimpse of York’s acting chops. The rest of the cast certainly stands their ground, but York can’t help but stand out as the reason people pay money to see live musical theater. Oh yeah, and she’s a great tap dancer! Why not? Why not have Rachel York’s performance evoke nostalgic memories about everything there is to love about musical theater as she leads the charge with catchy show tunes, an elaborate tap dancing number and zany comedic hijinks on the high seas.

Anything Goes has enough memorable tunes, clever choreography and astute acting to make it a worthy night of theater. There are certainly plenty of laughs surrounding this zany musical comedy set on a passenger ship at sea. However, the weaknesses of the musical are rooted in the actual story. The first act is far stronger than the awkwardly plotted second act. There are some great song and dance numbers throughout, but one can’t really quite understand why and how all the relationships eventually resolve. To make matters worse, there simply isn’t another character on the boat worthy of Reno Sweeney’s interest, no matter what the script dictates. She is too strong for the rest of her shipmates’ weaknesses. This problem is not an issue of the actors or the direction, instead it is simply the result of writing a show that has no equal to its most dynamic character.

The other great weakness of Anything Goes is how to overcome the racist Chinese characters “Luke” and “John.” Luke and John, played aptly by Vincent Rodriquez III and Marcus Shane, are supposedly recent Christian Chinese converts. However, in reality, they are comedic devices to carry out stereotypical, cringe-worthy, comedic gags that should have been buried in the time period that spawned them. It’s clear the show tries to soften the racist undertones of the original musical, however, this just demonstrates how awkward their existence is within the show. I know some would disagree, but I wish the revision of Anything Goes had simply abandoned any attempt to resurrect or polish the clearly racist “China Man” characters.

As a Christian, I was also once again reminded that the lampooning of Christians and Christian witness has always been a favorite pastime of the theater community. Anything Goes was clearly created with the strong conviction that Christian witness is synonymous with hypocrisy. I wasn’t really surprised by this portrayal, but it was interesting to note that the heyday of Broadway was firmly enamored with the lampooning of Christians.

Even so, all these weaknesses do not overcome the simple enjoyment of spending a night experiencing Rachel York bring Reno Sweeney and musical theater to life. She is the star of the show and she clearly makes the night a worthwhile endeavor. If anyone wants to see someone at the top of their game in an energetic and vibrant adaptation of one of Cole Porter’s most catchy shows, then I highly recommend that they, or anyone, go and see Anything Goes at the 5th Avenue Theatre. 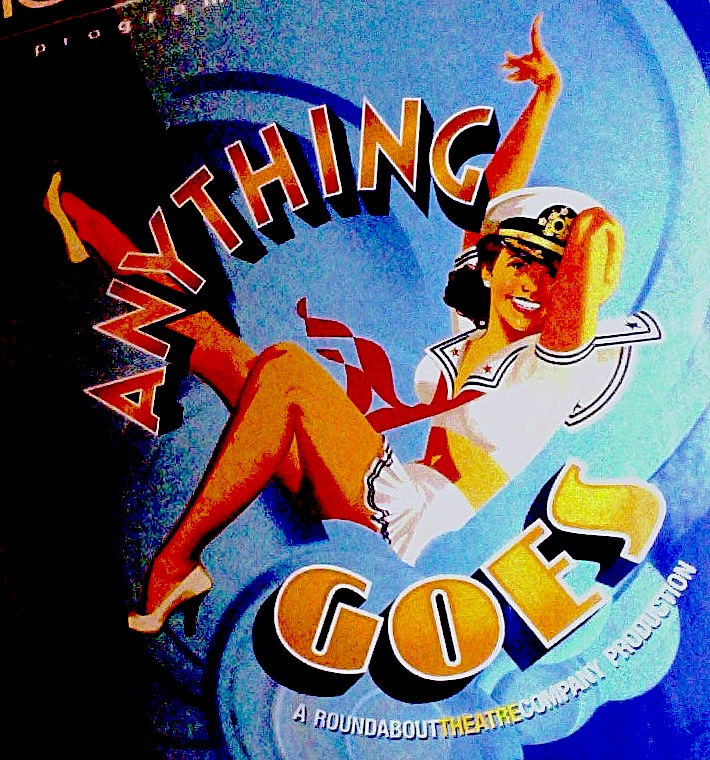 The Presence of God: A Theology of Abiding
My Ministry Calling (Part 2): Seminary Revival