By on September 23, 2013 in Culture, Review, Uncategorized

This morning someone forwarded me an anonymous email from the Emmy planning committee. I assume it came from the NSA or a 14 year-old hacker who was upset that Glee was once again shut out of the winner’s circle. Anyway, this email might shed light on why this year’s broadcast seemed to have some consistently awkward moments. The following is an email that was sent out a week before the Emmys to everyone involved in the production of the broadcast.

Well the Primetime Emmy Awards are just one week from now so make sure you set your DVR to record the broadcast, that way you’ll be able to watch and tweet live about Breaking Bad without unnecessary interruptions. Remember, those of you who signed up to attend the actual event need to keep your promise and actually watch the broadcast we’ve planned. I know this might be difficult, but it’s the least you can do. To keep this communication short (unlike the show), I’ll enumerate the most important aspects of the broadcast to remember.

1. Remember to perpetually remind people of death and dying. As discussed earlier, our primary goal this year is to address the topic of death and dying at least every 15 minutes of the broadcast. With this in mind, it is important to balance out any hilarity or hijinks with something that reminds people of their imminent demise. Obviously, our greatest strength will be in peppering the show with perpetual eulogies. However, remember that even when not directly talking about death, we can still evoke the feeling of death and dying through some of our other show elements. Be creative, have fun with it! The important thing is that everyone thinks about death throughout the 3 hour broadcast.

2. Remember to avoid using television clips to tell the story. As you know, it is a cliché to tell Emmy stories using actual television clips. Consequently, we have decided to avoid clips in almost all situations. Don’t memorialize someone by showing their finest work, instead, celebrate the life they brought us by reading long soliloquies from a teleprompter. This fresh approach will surprise an audience expecting to be entertained by the entertainer they are celebrating. Instead, we will once again allow them to feel the full weight of what it’s like for someone or something to die.

3. Remember to evoke the feel of the Tony Awards without the joy of the Tony Awards. As we’ve secured Neal Patrick Harris to be our host, let’s continually remind the audience that Mr. Harris is an excellent Tony Awards host who would really be lighting up the stage if this were in fact the Tony Awards. Remember, it is our goal to give people a taste or hint of the Tony Awards joy, without actually satisfying or fulfilling that hunger. With this in mind, we have scheduled a couple song and dance numbers that will leave you thinking, “Hey, that was almost as good as that thing he did at the Tonys last year.” If people feel disappointed or unsatisfied, this will only help cement our goal to keep everyone thinking about death and dying.

4. Remember that we are going to use up all our comic genius in one big skit at the beginning of the show. We will take everyone who is naturally funny and parade them onto the stage in a 7 minute skit. This will serve several purposes. First, we will make the skit only somewhat funny, to ensure that the rest of the show doesn’t seem like too big of a let down. Second, by placing all the naturally funny people on the stage with Mr. Harris, they will make him appear to also be naturally funny. This will help Mr. Harris when we stop writing funny material for him in the second hour of the show. Remember, we’ve decided to start the show funny and to limit humor and humorous people to a very narrow portion of the show to ensure that our death and dying theme is not overshadowed by happiness.

5. Hey, let’s have some fun next week. I know there will be a lot of cute and interesting pieces interwoven through the Emmys, but let’s make sure everyone finishes the broadcast with a profound sense of loss. Like all those who didn’t win, like Louis CK will assuredly feel, let’s remind everyone that award shows are rather meaningless; most everybody loses and we are all one step closer to the grave. 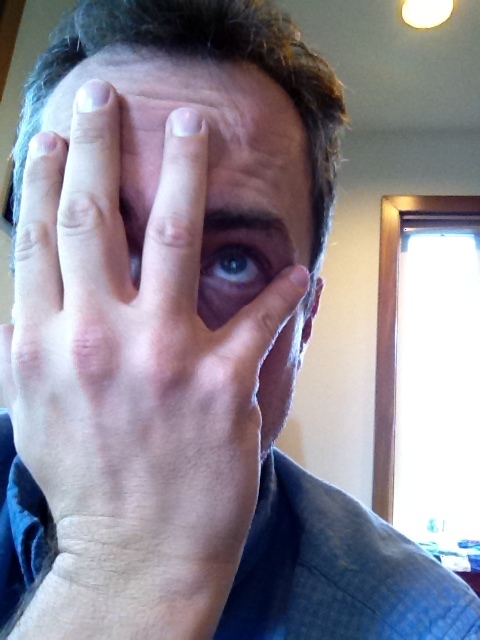