(A great post from my parents Cliff and Jacqueline)

Mark 4:21-23 He said to them, “Do you bring in a lamp to put it under a bowl or a bed? Instead, don’t you put it on its stand? For whatever is hidden is meant to be disclosed, and whatever is concealed is meant to be brought out into the open. If anyone has ears to hear, let him hear.”

A lamp is meant to illuminate, to reveal clearly its surroundings. Jesus says a lamp is not placed under a bowl or a bed; if so, its designed purpose is lost. So it is with us Christians. If we, as God’s blood-bought souls, inundated with the light of the Spirit, are not actively revealing God’s image and his righteousness to the world, we have lost our reason for existence.

As Christians, we should function as lamps of God so that the hidden and concealed sins of the world will be exposed to God’s light. In John 3, we read people love darkness rather than light. “Light has come into the world, but men loved darkness instead of light because their deeds were evil. Everyone who does evil hates the light, and will not come into the light for fear that his deeds will be exposed” (John 3:19-20). When we bring light to the world, those who dwell in great darkness because of their desires to do evil will hate the lamp of God’s revealing light. Their father, the devil, will do everything possible to distinguish the light in those who love the Lord.

As dedicated lamps of God, we must avoid working in concert with the devil and his purposes. We must not allow negativity, persecution, disappointments, sickness, apathy or any such deterrent to affect where we place our lamps or how we live in this world. If we allow these attitudes and hurtful experiences to adversely affect the work of the cross in our lives and the power of our testimonies, we are hiding our lamps under a bowl or bed rather than shining brightly for all to see.

We who are IN CHRIST are living epistles of God’s handiwork to a world steeped in spiritual darkness. As “born again” new creatures IN CHRIST, we are made to do good work through him, to reveal God’s goodness and holiness to the world. As lamps of God we reflect Christ, THE LIGHT OF THE WORLD, to all people, knowing that whosoever believes in Christ as the Son on God will have a new life in Christ. The light brings truth to all circumstances. When Jesus’ light shone on the teachers of the law and the self-righteous Pharisees, He said to them, “Woe to you, teachers of the law and Pharisees, you hypocrites! You are like whitewashed tombs, which look beautiful on the outside but on the inside are full of dead men’s bones and everything unclean. In the same way, on the outside you appear to people as righteous but on the inside you are full of hypocrisy and wickedness” (Matthew 23:27-28). His light revealed the hidden places in the hearts of these men. He exposed them to be children of the devil and not the children of the Light. When they saw the light in Jesus, they turned from him rather than accepting the truth in him because they feared He would take away their privileged position in the religious order and in society. They did not want to repent of the evil in their hearts and turn to the Light and become clean by the cleansing power of God.

The devil wants us to hide our lamps, to place them under the bed or a bowl. He hates the Light because he knows who Christ is. When John introduces his gospel, he speaks of Christ as the light that shines in the darkness, the Creator of all things, and He says: “In him was life, and that life was the light of men” (John 1:4). After Jesus told the woman caught in adultery to go and sin no more, He told the people, “I am the light of the world. Whoever follows me will never walk in darkness, but will have the light of life” (John 8:12). Knowing this, the devil constantly wars against the LIGHT OF THE WORLD WHO BRINGS MERCY AND GRACE INTO THE DARKNESS.

If for some reason our light falters, maybe hardships or persecutions cause us to drawback from burning brightly as a light for Christ, we should reconsider our decision, for God finds no pleasure in those who retreat from the message of the gospel. When Jesus sent the twelve out, He told them of the many persecutions they would face as sheep among wolves. He said, “All men will hate you because of me, but he who stands firm to the end will be saved” (Matthew 10:22). The Apostle Paul, who was a great light because of what He endured in his life, said, “I am already being poured out like a drink offering, and the time has come for my departure.” He could also say, “I have fought the good fight, I have finished the race, I have kept the faith. Now there is in store for me the crown of righteousness, which the Lord, the righteous Judge, will award to me on that day — and not only to me, but also to all who have longed for his appearing” (2 Timothy 4:6-8). In other words, he gave his all for God during the few years he lived on this planet Earth. He let his light shine.

We, too, my friends, should have this same mindset. We should finish the race, testifying of God’s goodness, regardless of the trials we faced in this world. If we don’t fight to the end, we will have put our lamps in the cupboard where they have no influence. The devil would like that, to see our retreat; but we are not like those who quit, we will fight the good fight of faith until the end. Be of good cheer, dear ones. Rejoice in the Lord today. It is finished, the battle is over. We have the victory in Christ our Lord! Love, Dad and Mom

(For more writing from my parents click here http://breakfastwithdad.blogspot.com) 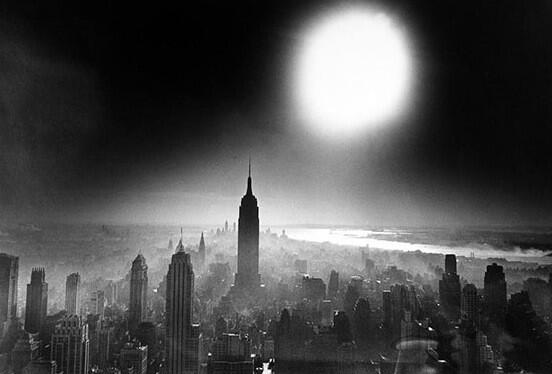 2 Responses to Let Your Light (By Cliff and Jacqueline Bursch)