By on January 19, 2013 in Culture, Faith, Spiritual Formation, Uncategorized

The world is full of liars. However, not all liars are famous and there’s only one Oprah. Consequently, most of us will not be able to display our contrition in a two day OWN Network exclusive. If you haven’t heard yet, Lance Armstrong recently became the last person to admit to what everyone else on earth already believed. With the help of Oprah, cyclist legend Lance Armstrong admitted to cheating, lying, deceiving, and doping his way to victory, fame and fortune.

The spectacle of this monetized media event had less to do with the details of Armstrong’s deception as it had to do with his willingness to admit to those details. Unless it’s a Perry Mason rerun, individuals seldom confess to their crimes. Of course when an individual does confess after a season of prolonged denial, that confession is usually greeted with a fair amount of skepticism, cynicism and downright hostility. As I peruse the blogosphere, I find a large portion of the masses thoroughly unimpressed by Armstrong’s attempt to tell the truth and come clean. The reasons individuals give for rejecting Armstrong’s confession are for the most part variations on the same theme. The following are a few of the excuses people give to disregard any sincerity in the Armstrong/Oprah event:

1. It’s too late to apologize! Lance Armstrong had nothing left to do but apologize. The cycling community had already stripped him of his titles and any last vestige of respect or honor was soon to fall as well. Lance Armstrong apologized only when there was nothing left to do but apologize. I will not receive his apology because it was simply the only option he had left to preserve some shred of dignity or to have some sort of future in the public sector.

2. He’s an evil man, deserving judgment, not forgiveness! In this camp, individuals see Lance Armstrong has a wicked man willing to do whatever it takes to gain power and fame. They believe his wickedness cannot be atoned for by a last ditch confession. Regardless of what he says now or does in the future, he has done too much wrong to ever make things right.

3. He’s a publicity hound! If you are serious about setting the record straight, you don’t turn it into a monetized Oprah ratings bonanza. There are ways to apologize; this however is not the way. It’s just another example of why Lance Armstrong’s words and actions can’t be trusted.

4. He’s a pathological, emotionless monster! If he was sincere in his apology, his interview with Oprah would have been far more emotional. His distant look and measured cadence reveals a narcissistic, pathological man who cannot be trusted. His apology is just another example of this twisted pathology.

Of course there are many other reasons people are unwilling to accept Lance Armstrong’s new found contrition. Some are still angry and desire many more steps to be taken before they are willing to accept his apology. Others simply don’t believe in the concept of forgiveness or reconciliation. For these individuals, there is a threshold for acceptance and restoration. Once that threshold is crossed, there is simply no turning back.

I have to admit that I’m not a big cycling fan. I’m aware of the Tour de France as well as the Yellow Jersey. I certainly have kept myself informed on the once amazing story of Lance Armstrong and the Live Strong empire. Even so, I’ve never really been more than a disinterested spectator. Consequently, I was never that concerned with whether or not Lance Armstrong continued his domination as the world’s best cyclist. His prominence was a factoid in my life. In other words, I never gave him my fan heart. With this in mind, I might not have the best perspective.

Regardless, as a pastor, I have certainly seen and experienced a fair amount of terrible betrayals. I’ve seen marriages devastated by sexual infidelity, I’ve seen ministers and ministries crumble as the result of deception and deceit, and I’ve met a fair amount of people unwilling to admit to their faults, sins, and failings. In fact, almost every person I’ve ever met has proved themselves to be a liar. Including me!

I know that last statement is hard to take. Most individuals do not want to be thrown into the liar category. However, that’s what we are from time to time, we are liars. The Bible says “None is righteous, no, not one; no one understands; no one seeks for God. All have turned aside; together they have become worthless; no one does good, not even one.” The Apostle Paul adds, “For all have sinned and fall short of the glory of God.”

In other words, every human becomes a liar and sinner, falling far short of God’s will and their own most noble aspirations. The Christian gospel is rooted in an understanding of human sin and brokenness. Christianity is not a gospel for the pointing out of sins, it is a gospel for the purpose of rescuing sinners. Every Christian starts their abundant life journey in admitting to the death their sins have created.

I believe God is perfect. He is all that is right, pure, and holy. He is the perfect judge, the perfect answer. I believe that every wrong must be judged, every sin must be taken into account. There must be justice brought to every unjust act. For me, I see this justice in the cross of Jesus Christ. In the simplest terms, the crucifixion of Christ is an act of judgment and freedom. It is an act of punishment and rebirth.

As every sin deserves punishment, Christ took every sin upon himself. Instead of God directing His punishment and justice on me, He gave my punishment to His Son. Jesus Christ took my place; He took my sins and the punishment for my sins on the cross. He determined that He would be my righteousness. As Christ knew no sin, He became the perfect offering for my imperfect state. In yielding His life, He freed me from the punishment of sin and He identified with what it means to be sinned against.

As I have been sinned against, so has Christ. As I have need for restoration, Christ has become my offering. He is both justice for my sins, and justification before God. This is my Gospel. The good news of the cross of Jesus Christ. While I was an enemy of God, God took my punishment upon himself, and exchanged His life for my freedom.

It is within this theological framework I look at the life and contrition of Lance Armstrong. As far as the sincerity of his confession, only God knows. However, let me be clear that no apology or act of contrition by Lance Armstrong will ever be good enough or right enough for him to earn the favor of God. Lance Armstrong’s best moral efforts cannot and will not undo his wicked actions. It is true of Lance Armstrong and it is true of me. Only Jesus Christ can make a man clean. Thankfully, God’s grace and forgiveness is greater than any sin or any lie. He can make all things new. He can rescue any person who entrusts their life to His care.

So do I accept Lance Armstrong’s apology? I accept it as best I can. Do I forgive Lance Armstrong? I forgive him as best I can. The heart of any person is only truly known by God. God is the only judge, so I will entrust these matters to His care. Most importantly, I will point Lance Armstrong and every other person on the face of the earth towards the direction of the One who set me free, the One who took my sins and failings and nailed them to a cross. The One who exchanged my depravity for a robe of righteousness. The One who will do this for anyone who calls upon His name to be saved. 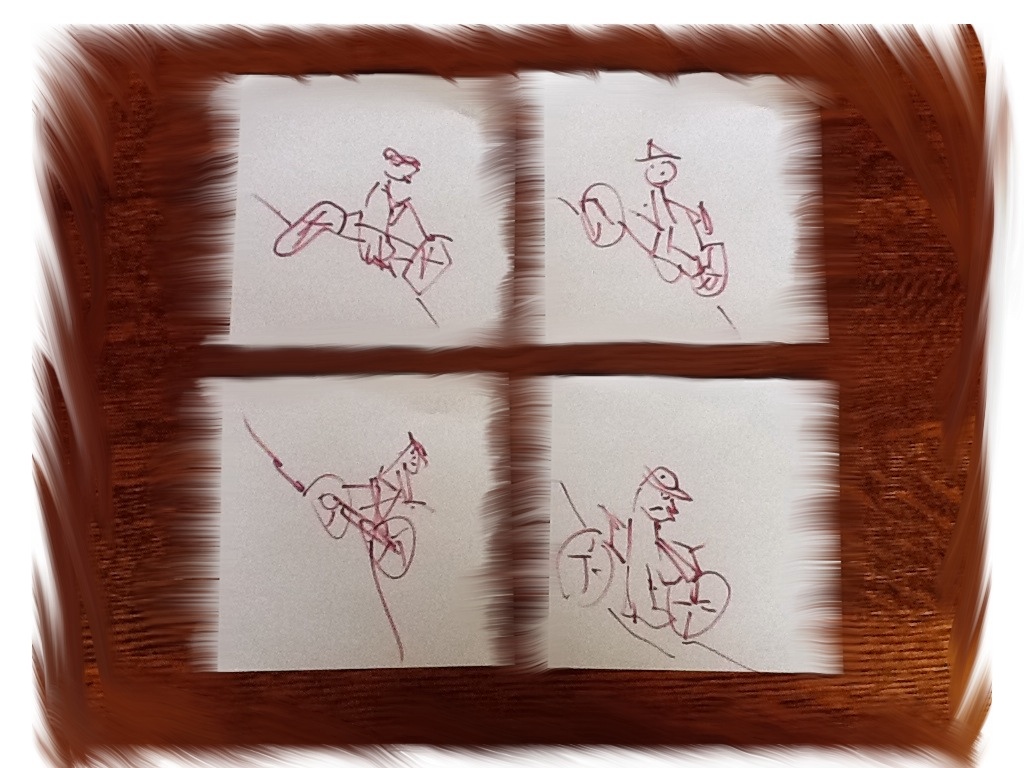 One Response to Forgiveness: Why We Should or Shouldn’t Accept Lance Armstrong’s Apology