I host a daily radio broadcast from the 15th floor of Blanchard Plaza in downtown Seattle. My commute to and from Seattle is about an hour and twenty minutes, give or take a rainy day or a carpool lane fender bender. I usually enter the heart of Seattle through the North I-5 Seneca exit. It’s one of those left lane exits that confuses tourists and creates a fair amount of awkward last minute lane changes. There’s a stoplight at the end of the Seneca exit. It will stop you; no matter your timing or the timing of the light, you will be stopped. Consequently, before right turning into the city, I am forced to pause, wait and consider.

In the pause, I transition. I transition from the numbing monotony of the freeway to the bustle of city life and city driving. A right at the Seneca exit pretty much takes me through the tightly compressed heart of the downtown corridor. While traveling the narrow lanes, you see the spectrum of city life. The business crowd, government crowd, tourist crowd, and the classifiable unclassifiable crowd all mix together and pepper the walkways and crosswalks of the city. Except for a brief pass by Nordstrom, the general look of the city’s inhabitants is disheveled or weathered. It seems Seattle style is the absence of uniformity. Neither granola nor corporate, decadent nor down to earth, just uniquely, slightly disarrayed.

I enjoy driving through the city. Someday, when my four kids have found adulthood, I may live in this city. But for now I am one of its commuting guests, one of its business acquaintances. I love the energy of the city that is rooted in the coming and going of people; the simple carless movement of people is a far greater delight than a freeway full of blank stare commuters.

As mentioned, there is a light at the end of the northbound Seneca exit. It was created to stop my car from casually entering the city. Instead, I am forced to stop, ponder, and transition. There is a homeless man who understands the purpose of the Seneca exit light. He is aware of its ability to stop every single person who enters the city. Consequently, he abides by the light. On almost a daily basis, I find him standing at this intersection between the freeway and the city. He’s given up on signs or carefully planned contrivances. Instead, he walks with hand or cup outstretched, beside the stopped cars, between the stopped cars, before the stopped cars, seeking a handout from the commuters.

I don’t know this man’s name, and I have never given him money. But I have thought about him on many occasions. He is the gatekeeper to my transition. He ushers me into the city and reminds me of the limits of my ideals, my charity, my faith, and my convictions. No matter what I accomplish in this city, the world will still be undone, and my gatekeeper will still be waiting at the end of the northbound Seneca exit. At least he will be waiting until his mind or body gives way to death. Even so, I am sure that someone will take his place. For the city of Seattle is full of gateways and gatekeepers.

There is nothing sexy about homelessness. It is terribly messy and broken. For every feel good story, there are countless heartaches. City homelessness is drenched in drugs, alcohol, violence, mental illness, and misunderstanding. There are many complex causes and even more complex solutions. The homeless can be strung out teens, forgotten veterans, or disconnected souls. Their plight can be the fruit of countless wrong decisions or the fruit of injustice. Many have sinned against others, many have been sinned against. The responsibility for their current condition is as complex as the nature of humanity. Their story is not uniform nor manageable. It is messy, as messy as the lives of those who still abide in homes, with incomes, and community.

I don’t have an answer for the man reaching out his hand at the end of the Seneca exit. I’m sure many have one for me. Regardless, I do care about the issue of homelessness and I’m glad that I’m unsatisfied with my response. I’m glad that I’m frustrated by my actions. I’m glad that I am unable to satisfy my desire to do something that makes a difference for the homeless in Seattle.

That’s why I partner with Seattle’s Bread of Life Mission. The mission’s work can be researched and web searched and validated by the testimonies of the many individuals they have helped. However, I partner with the Bread of Life for simpler reasons. They have a door, in the heart of Seattle, that is open to the homeless. Anyone who walks through that door and desires help will receive the best The Bread of Life Mission can offer. They will receive food, warmth, clothes, shelter and community. If they desire, they will receive help on the path to sobriety and employment. Most importantly, they will be seen and treated as people made in the image of God, of great value, worthy to be loved.

With this in mind, I ask that you generously give to strengthen the work of the Bread of Life mission. They are not the perfect answer to homelessness in Seattle, but they are a real answer to real needs in the wonderfully complex, beautifully disheveled, broken city of Seattle.

If you would like to help me bless the Bread of Life Mission, please follow this link and donate generously. Happy Thanksgiving. 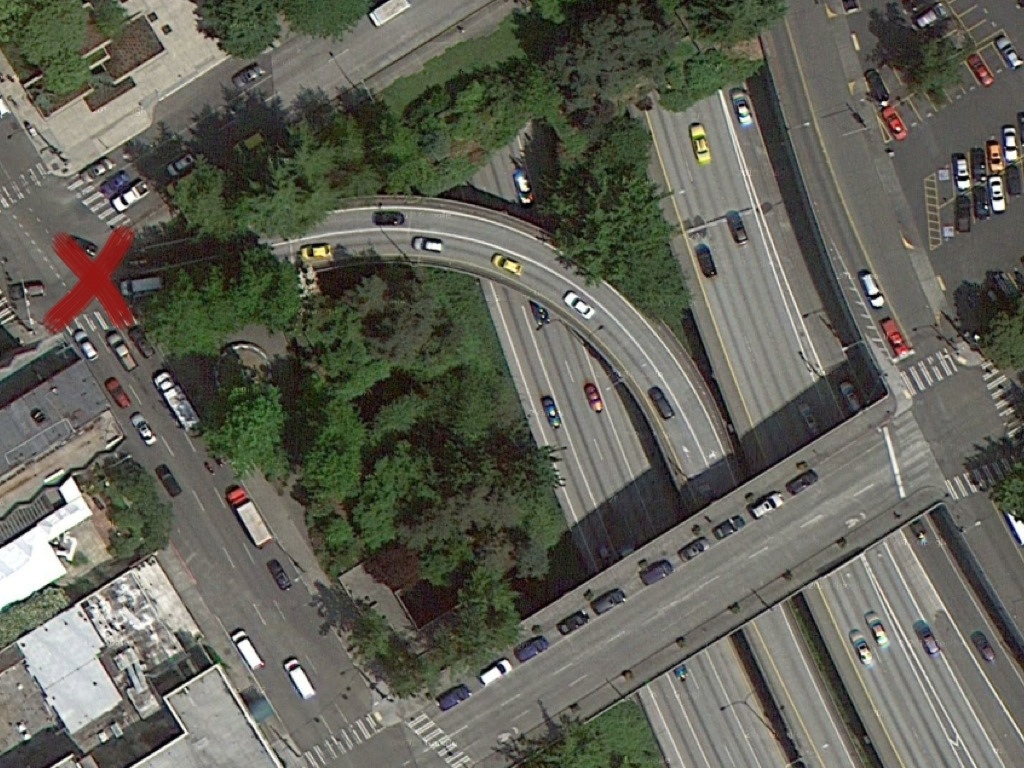 A Conflicted Christian’s Response to the Election
Review: I Was Wrong: Rise of the Guardians is Great!

One Response to My Answer To Homelessness in Seattle