An early morning April 1st press release has shaken the internet world to its core. After an elaborate six month investigation, researchers have determined that 90% of all internet content originates from one author, Walter P. Mooreridge. After checking the grammatical, syntactical, and thematic structure of millions of original and aggregated posts, researchers determined that 9 out of every 10 blogs posted on the internet are in fact written by Mr. Mooreridge of Springdale, Kansas. When confronted with this allegation, Mr. Mooreridge confessed that he does indeed provide most of the content used by almost every blog in existence.

When asked about his prolific output, Mr. Mooreridge claimed, “It’s no big deal. I’ve got a lot of time on my hands. And I really like writing about the same thing over and over again.”

Mr. Mooreridge also told reporters that he really didn’t mind not getting any credit for his posts because, “Honestly, I don’t really think they’re that good.”

Many of the world’s top blogs are in damage control as their readers now realize only 10% of the blogosphere’s content is not produced by Walter P. Mooreridge. Earlier today, The Huffington Post responded by posting a slideshow of awkward family pet photos. The photos where quickly taken down when it was revealed that most of the cutest pictures were, in fact, uploaded by Mr. Mooreridge.

Stay tuned for updates on this breaking story. Thanks for reading and have a great April 1st. 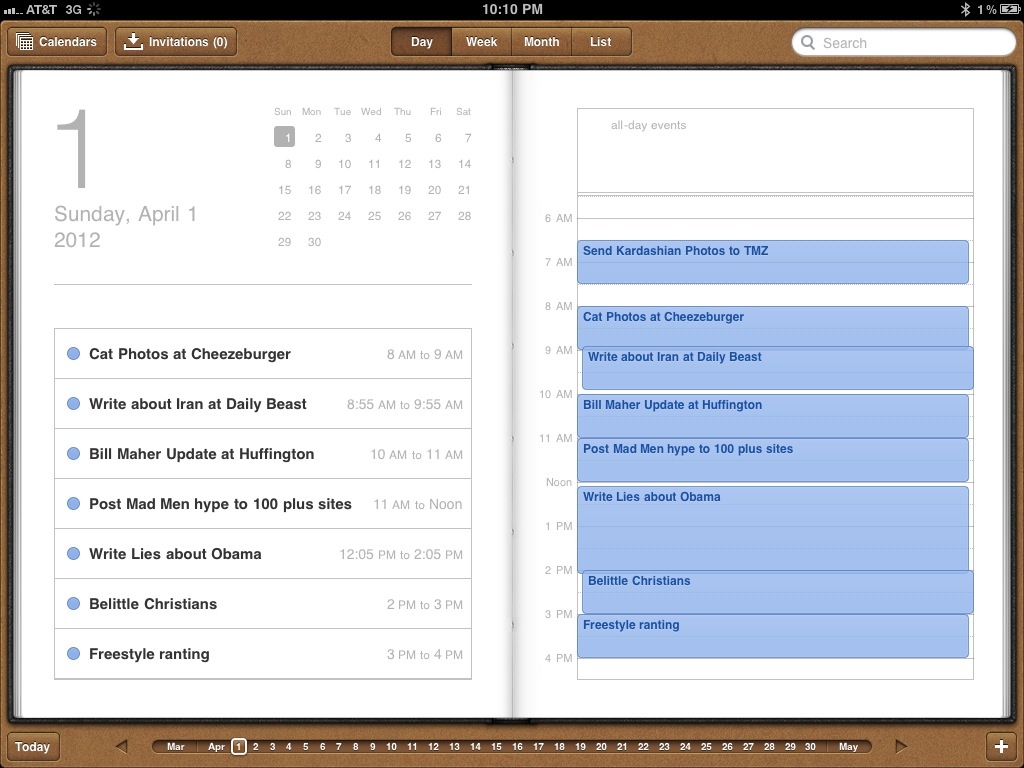